In the golden age of reboots and reunion specials, NBC’s 30 Rock aired a special episode to promote the new Peacock streaming service, reminding the world why we loved the show so much in the first place. In honor of its too-brief return, here are five valuable marketing lessons from the show.

1. Know When To Embrace Change

In the show’s pilot episode, Liz Lemon (Tina Fey) is the head writer of The Girlie Show, a spoof of Saturday Night Live that she describes as being “by women, for women.” Newly appointed executive Jack Donaghy informs her that the network is hiring comedian Tracy Jordan to boost her show’s ratings. It makes sense on paper: Tracy is a movie star, a world-famous stand-up comic and a household name. His presence on the show would be an enormous benefit for ratings, and it would help TGS expand beyond its niche audience.

Changing direction on a project or strategy which you’re passionate about is never easy, but it’s important to look at the facts. What you may really like the look, sound or feel of, may not resonate with your audience. Listen to the analytics and feedback from your audience and try to strike a balance. Whether it’s trading stuffy imagery for something young and fresh, or finally updating the website your beloved cousin designed, it’s important to embrace change that can set your business on the path to measurable success. 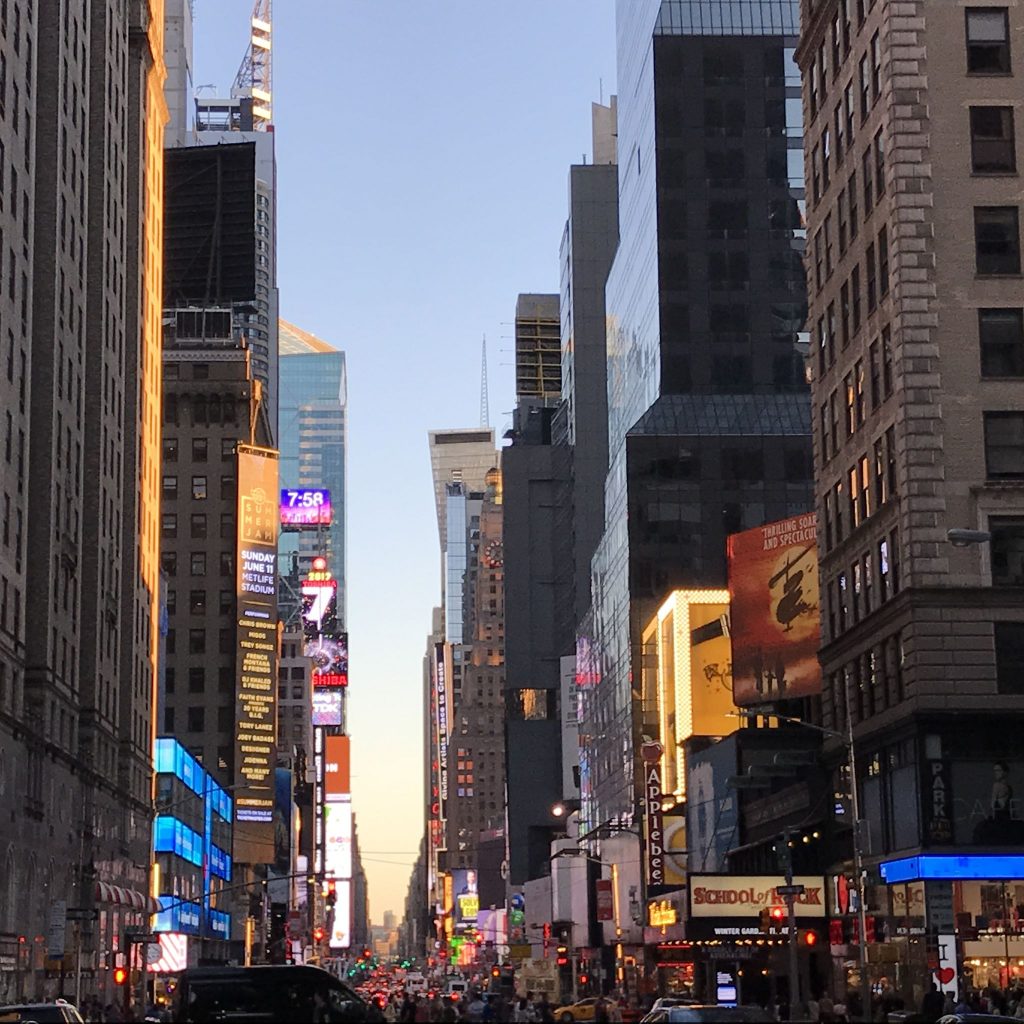 While their relationship is initially off to a rocky start, Liz and Jack form a close friendship that Jack is quick to classify as “mentor/mentee.” Despite his status as an extremely busy, high-powered executive, Jack makes time for even the most minute of Liz’s problems because he cares for her and wants her to succeed. His open-door policy is rooted in his desire to see Liz achieve the things he knows she badly wants and deserves, including the ability to make enough money that she has time to start a family.

At one point in the show, a catchphrase from a matchmaking sketch Liz wrote goes viral, propelling her into the public eye as some sort of relationship guru. NBC wants to spin it off into a talk show, and Jack convinces them to let Liz star. When Liz spurns his offer in favor of taking her talents elsewhere, NBC brings in a bigger celebrity, but Jack blocks the deal. He knows this is Liz’s dream, and he fights to get her back. Liz realizes that other networks and producers might be able to give her more financially, but they don’t want to get to know her, nor do they care for her success.

A good mentor gives advice, but a great mentor invests in the whole person. In marketing, it’s an incredible blessing to have someone who listens, speaks truth and remembers when they were in your position well enough to give constructive feedback. Mentorship is about more than just having someone who creates opportunities or opens doors for you, it’s about mutual respect that encourages you to go above and beyond. That kind of support supplies the grace and practical education you need to produce and execute phenomenal work.

3. Always Do Your Research

When NBC develops a pocket microwave, Jack takes it to the TGS writer’s room for suggestions on what to call it. The team in charge of naming the product has given it a seemingly cute moniker that turned out to be a repulsive slur in another language — one example of not doing their due diligence. Over the course of a week of work, a number of ideas are exchanged before Kenneth the Page sweetly suggests naming the adorable appliance “The Fun Cooker,” saying he can’t remember where he’s heard the phrase before.

Jack announces that this is a brilliant idea and fast-tracks it, again without doing as much as a cursory Google search. Had he researched the phrase, he would have realized where Kenneth heard it and stopped an impending PR disaster. It turns out “fun cooker” is a phrase Tracy Jordan uses to reference his rear end, which everyone learns when he moons the audience during a talk show appearance. Jack is left with millions of dollars in unusable packaging, wasted company time and resources, and damage control for both the star of his show and the product itself.

While it’s not likely that you’ll make a mistake of that volume in your career, a lack of research could inadvertently lead you into hot water. Accidental plagiarism, copyright infringement and misinterpreted phrasing can be dangerous for a business, not to mention extremely expensive. Just as it’s critical to know your audience, it’s essential to know where your ideas are coming from, and give credit where it’s due.

When the time comes to hire a new cast member on the show, Liz sets out to find the perfect addition to the team, but Jack has very specific ideas. He wants new viewers from “the real America,” his term for the American South and Midwest, because he thinks the show is “too New York.” Liz is insistent that there are good and bad people everywhere, and that no part of America is “more real” than any other, but Jack isn’t hearing it.

They end up in Kenneth the Page’s hometown of Stone Mountain, Georgia, where Jack brings Liz to the show of a ventriloquist act called Rick Wayne and Pun’kin. While the comedy may be goofy and wholesome, Liz and Jack receive scalding backlash from the performer for assuming that he’d be unintelligent and boorish because he’s from a small town. “You’re supposed to be wholesome!” Jack insists, as the comedian verbally destroys him. 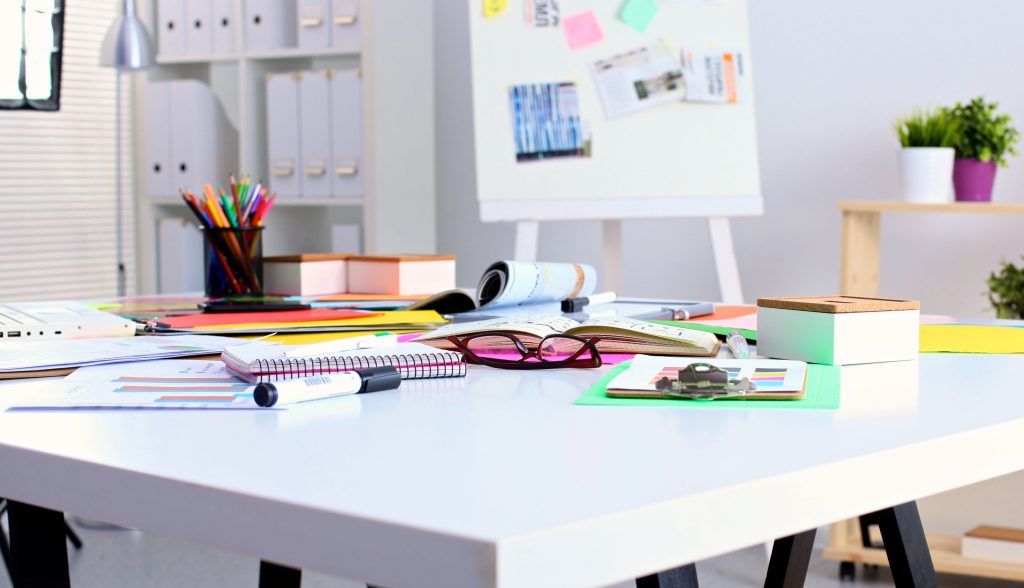 The lesson learned? Don’t stereotype. This is perhaps the most relevant lesson of 2020 for those of us who work in marketing and have seen the impact of diversity-forward movements on sales, social media analytics and more. Getting to know your audience in a genuine way will pay dividends. Read their comments, emails and direct messages and work hard to understand their perspectives. They will tell you what they want and need from your business through their spending habits, social media engagement and more. You might find that an informed pivot in your strategy makes all the difference.

Throughout the show’s run, Liz has a number of ill-fated relationships, one of the toughest being with a nice Ohioan named Floyd. The pair part ways because he wants to move back to Cleveland and Liz is unwilling to leave New York, and none of their reunions over the next few years amount to reconciliation. Liz repeatedly views Floyd as “the one that got away,” still willing to rekindle things up to the point of finding out he’s permanently moved on. Ultimately, Liz ends up giving a reading at Floyd’s wedding… to another woman.

While this situation is messy and a bit specific, there are countless opportunities in the marketing world that just don’t work out. Whether it’s the failure to land a client you’ve courted for months or even years, a contract that falls through or a favorite idea that doesn’t see the light of day, it’s important to be able to look back and know that you did your best. Losing an opportunity is tough, but it’s a lot worse if you think the reason might be because you didn’t connect with your audience or put your best foot forward. The phrase “fail well” might seem like an oxymoron, but failure happens to everyone. The knowledge that there was nothing more you could have done to turn the situation around, makes the loss just a little bit easier.

Do You Feel Inspired?

If you’re looking to improve your business’ marketing strategy or have questions you want answered, contact us today. We are pleased to offer a complimentary 30-minute no obligation consultation with our CEO, Erika Taylor Montgomery. Call 408-218-2391, or email us at info@threegirlsmedia.com